Tom Petty was born in 1950 and died 66 years later in 2017; having earned three Grammy Awards and having been recognized as a generous and compassionate person eager to help others less fortunate than himself.
But, unfortunately, Tom Petty passed away from a fatal overdose of fentanyl, oxycodone, generic Xanax, antidepressant medication, and a sleep aid in his system that resulted in multiple organ failure. And so, in addition to his legacy of spirituality, artistry, compassion, generosity and love ~ part of what people will remember about Tom Petty is his fatal drug overdose at 66 years old; his “last dance with Mary Jane” and his “one more chance to kill the pain.”
“Despite this painful injury,” his wife, Dana, and daughter, Adria, wrote in a statement, “he insisted on keeping his commitment to his fans and he toured for 53 dates with a fractured hip and, as he did, it worsened to a more serious injury.” Tom Petty had recently completed a 40th anniversary tour with his band, the Heartbreakers. It was intended to be his “last trip around the country.” He told Rolling Stone, however, that he wasn’t going to stop playing, “I need something to do, or I tend to be a nuisance around the house.”
His family said they hope the musician’s death leads to a broader understanding of the opioid crisis. “As a family, we recognize this report may spark a further discussion on the opioid crisis and we feel that it is a healthy and necessary discussion and we hope in some way this report can save lives,” they wrote. “Many people who overdose begin with a legitimate injury or simply do not understand the potency and deadly nature of these medications.”
I understand Tom Petty’s family response about his recent hip injury and the pain that resulted from it. But Tom Petty had been a heroin addict in his 40’s ~ 20 years after he became a superstar and over 20 years before the onslaught of his hip injury. I can certainly respect and accept his family’s take on his from an overdose of opioids. Addiction was not new to him.
But I also wonder how a man in his 60’s can schedule a 53-date tour, knowing he has a fractured hip, unless he knew that the tour was made possible, in part, by being torqued on powerful drugs. And that, in turn, gives me pause to wonder about another great musician, Prince, who also had a hip injury that, according to some people, also caused him to die of a drug overdose, slumped in the corner of an elevator in his home. Prince was a Jehovah’s Witness who reputedly was in adherence with his religion’s prohibition against drinking, smoking, swearing and drug use. Petty had hip pain and a history of addiction. And both are dead from overdoses.

This sad, sad situation reminds me that relapse is part of addiction. Those living with substance use disorder who never experience relapse are quite uncommon. Unfortunately, social stigma and stifling shame are also a common part of addiction. Part of that is because, many decades after being classified as a disease; people still think of addiction as a sin, a choice, and a weakness of willpower. But, think about it, no one shames or stigmatizes someone who experiences a relapse of breast cancer. No one has to make up stories and rationalizations to help people know that the breast cancer fatality is not because the victim was a bad person.

And so, loved ones are left not only to grieve; but also to explain circumstances and causes and to try to fend-off the stigma, pain and shame of an overdose death by stressing that the victim did not understand the power of medications, etc., etc. That may be true, but another, life-threatening part of the problem is people not understanding the power of addiction that continues, even after the person has achieved abstinence. One decision, one vulnerable moment, one desperate attempt to avoid physical or emotional pain and you can be found dead and slumped in the corner of an elevator; or someone, like Mrs. Petty, dialing 911 and saying, “My husband is not breathing.”
Yes, fatal overdose can begin with a legitimate injury to the hips of Prince and Tom Petty and many others. And the death of a beloved celebrity can indeed trigger further discussion of the opioid epidemic, as Mrs. Petty generously requested. But, to the hip injuries, let’s also add the moral injuries of denial, relapse, stigma and shame to the list of reasons for overdose deaths. Perhaps that will help to save lives lost to addiction. Perhaps that will help surviving loved ones from suffering for years from the aftershocks of what has become the number one killer of Americans under the age of 50. 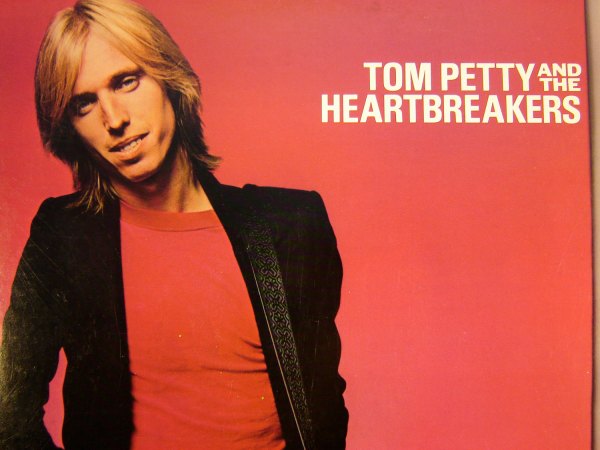 And now we have come to this: What Tom Petty once wished for others in a song titled, “Wildflowers” ~ we can now wish for him. Allow me to adapt some words from his song, so that it reflects also back unto him: Thomas Earl Petty, you belong among the wildflowers. You belong in a boat out at sea. Far away from your trouble and worries; you belong somewhere you feel free. May Tom Petty rest in peace. He certainly deserves it.